What would you wear at the zenith of your career?

Earlier this week Christie’s sold the long-lost Salvator Mundi, an artwork billed as ‘biggest discovery of the 21st century’, for $450m. 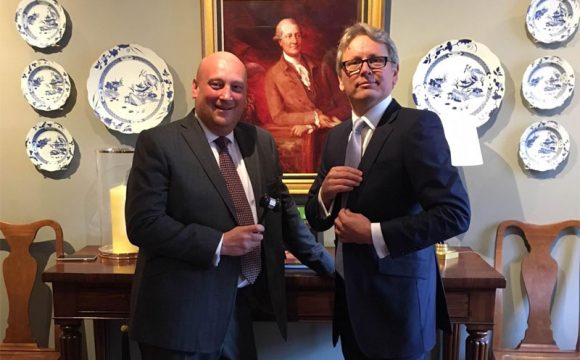 It is the most expensive painting ever sold at auction and images of the auction have been watched by millions of people around the world.

After the sale, Mr Jussi Pylkkänen said the sale had been his “ultimate privilege”.

“It’s the zenith of my career as an auctioneer. There’ll never be another painting that I shall sell for more than this painting tonight.”

The auctioneer Mr Pylkkänen was wearing a suit from his favourite tailor, Norton & Townsend’s Jamie Roxburgh.

Nothing else would have been good enough.