‘Fashion’, can sometimes be a slippery customer. Trends come and go, changing from one season to the next. So how do you follow trends, but invest in tailoring that’s made to last? 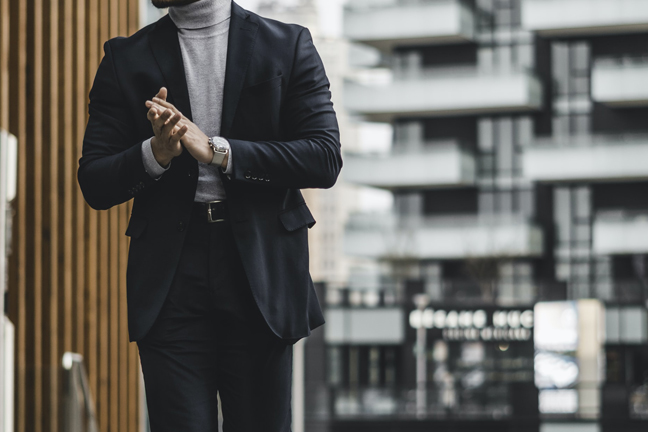 The suit on the whole, is not immune to the fickle temperament of fashion. With different houses bringing blazers back or kicking trousers into touch year in, year out. The move towards a more casual dress code in the workplace, even for weddings and other formal occasions, has long heralded the death of the suit as we know it. And yet, here we stand.

Bespoke tailoring and a sartorial approach to menswear generally, is a celebration of those timeless pieces that will never be caught up in or spat out by the swirling maelstrom of the fashion industry. And whilst tailoring on the whole has undoubtedly adapted to survive in an industry that switches tack like the wind, surely this desire to endure signifies that even if our relationship with suiting may have changed – our opinion of it has not.

Bespoke tailoring affords the beholder complete autonomy over their wardrobe. From fit to cut, pleat to piece, with a whole bucket of pattern, colour and texture thrown into the mix. So when tailoring in general is in-vogue, some customers may understandably desire to try and incorporate more on-trend elements into your own bespoke commission.

Here, we’re going to discuss three ways to bring some of this year’s popular movements in men’s tailoring to your bespoke wardrobe.

Traditional ‘business’ suiting – that classically structured look, often the reserve of lawyers, bankers and anyone in between – is typically navy and usually pinstriped. I know we’re speaking in huge generalities here, like those that Hollywood use to portray gangsters from a certain era, but the humble pinstripe hasn’t earned this reputation as being a little safe – if not reliable – for no reason. 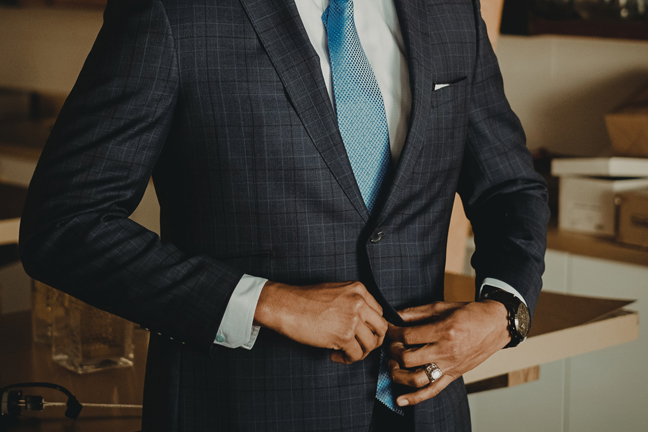 As trends shift, fashion houses turn their tailoring attention from experimenting with texture, to breathing new life into those long-established patterns considered more conservative. By tailoring garments with a softer silhouette or at least or more unstructured approach, pinstripes are being worn in less formal locations than the law firm or head office.

It isn’t just pinstripes that are enjoying a new lease of life; checks – possibly conjuring up notions of golfing trousers or lumberjack plaid in you all – are also experiencing a resurgence of late. With bold takes on classics like Prince of Wales and Windowpane, Tattersall and Madras being applied to all manner of cuts and styles.

Mix this all together, and you’ve got a recipe for a new take on a traditional look, you might say the new traditional.

Double breasted is back 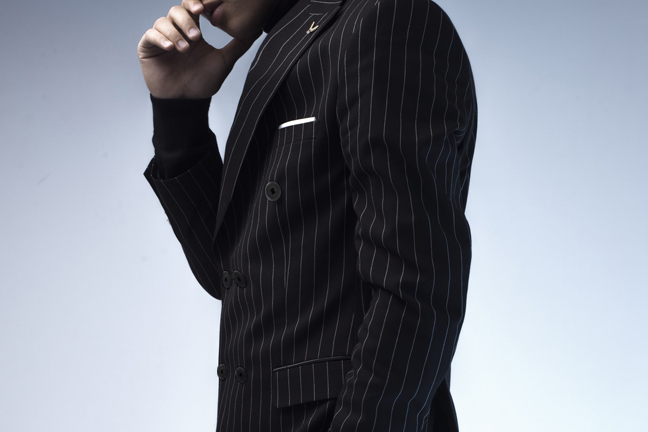 This is undoubtedly, sacrilege. A double breasted suit cut impeccably and worn appropriately, makes a bigger impact than any other suit style around. Interestingly, more current takes on the DB are bringing it into that familiar trend of smart-casual attire.

Lighter fabrics – both in weight and colour – like linens and lighter wool-blends, transform what is traditionally quite a heavy, structured jacket. Cutting it close to the shoulder keeps the look contemporary, whilst still allowing for more movement through the body, whilst incorporating lighter hues and desaturated colours opens up other occasions where the DB may once not have been suitable.

Coordinate with contrasting trousers, or consider pairing with some good quality denim and loafers and you’ve expanded your suit from something impeccably suave, to something a little more relaxed – yet no less sartorial.

Popular silhouettes in suiting have changed dramatically throughout history, often during times of economic hardship or opposingly, periods of wealth and excess. During the great depression in 1920’s America, or in wartime Britain when rationing was in place, fabric was scarce. The average men’s suit – even tailor-made – was a slimmer fit, cutting a closer silhouette. 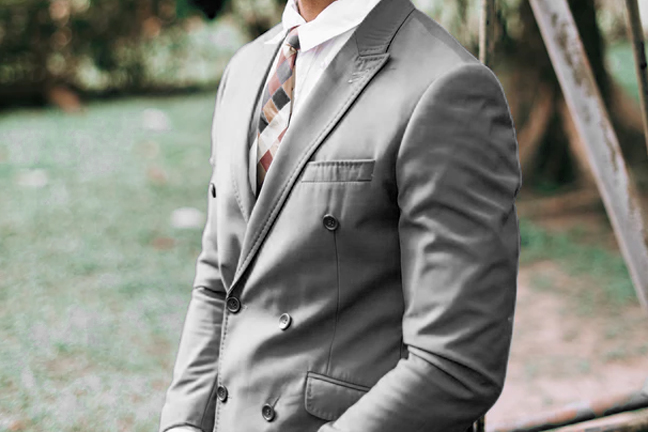 Chicago mobsters would famously sport extremely loose-fitting suits, long jackets and almost baggy trousers (compared to modern standards), as a mark of their superior wealth, during the poverty of prohibition era America. Suits in the 1950s saw a similar shift to a more voluminous fit in celebration that rationing had ended, and prosperity had begun.

Fast forward over five decades – along with five similar jumps between narrow and wider silhouettes within each era – and we find ourselves in a period that borrows from all of those gone before. The high fashion portion of the market is playing with this idea of proportion, creating deliberately wider silhouettes that don’t taper to fit the human form, as tailoring traditionally would.

Pulling this look off can be tricky. It certainly isn’t achievable through buying trousers or a jacket three or four sizes too big for you, it takes a master of the art of tailoring to purposefully create an oversized garment that actually fits.

A bespoke way of thinking

One thing to consider here, is the gravity of having a bespoke suit commissioned. They are an investment. Not just financially, but in practicality and reliability also. There are some trends that would be more suited to those of us having a suit tailored as a one off, say your wedding. Commissioning something that suits your character, that doesn’t need to be constrained by the bounds of social etiquette in any way – such as your wedding day – is more attainable than say, a bright orange plaid for a suit that you do intend to wear to work. 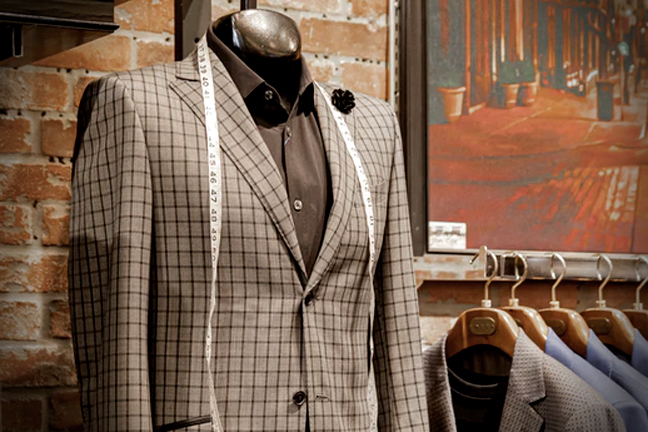 The trends we’ve included in this article are those that could be subtly introduced into your bespoke suit, or grabbed with both hands and wholly embraced – depending on your tastes and the intended situation in which you’ll be wearing your lovingly crafted garment. That’s the point of all this after all, bespoke is just about you.

So if a more unstructured, looser fitting suit appeals to you, or you’d like to talk about playing with some pattern in your commission – well, you’re in the best place to discuss the right way to do it.