The return to the office – to go smart, or go casual?

As we emerge from the ongoing lockdowns in the UK (hopefully) for the last time, many of us are in discussions about when we’ll be heading back to the office, and how often we’re expected to be in. We’ve been forced into new ways of working over the past year, and people will be looking at the office in a sartorially new light when they return.

It’s a bit of a leap to go straight from the same pair of jeans you’ve been wearing for the past year to a sharply tailored suit for when you finally return to the office. There might be occasions when it’s appropriate to turn out resplendent in your suit, but perhaps there’s an in-between step that’s more appropriate for those office days. And if you’re working from home, you’re probably not going to be expected to attend the zoom meeting in shirt and tie, so maybe in an age of hybrid working patterns, hybrid clothing that hits the spot between work and casual might be just the thing. We’ve got lots of thoughts on how you can look your best in smart casual clothes from our new made to measure range. 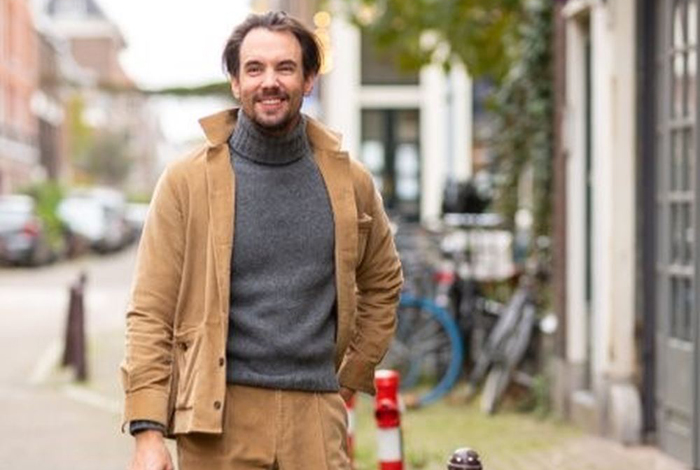 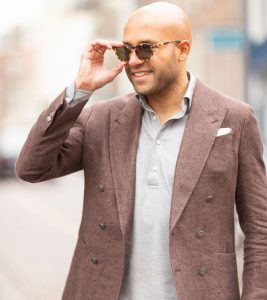 Let’s start with the popover. The popover is the predecessor of the now ubiquitous full front buttoning shirt, and has its origins in the Victorian era. The norms of menswear morphed enough for shirts to evolve from unseen undershirts to one allowed to be shown in public. Nowadays, with a traditionally constructed soft collar, they’re considered smarter than an undershirt, but less formal than a full front buttoned shirt.

An overshirt on the other hand came from distinctly working class roots, developing into a modern essential. The ‘Shacket’ (part shirt, part jacket), can be worn over a simple T-shirt for a casual look, but can also be used instead of a jacket or blazer for a less formal office look.

Softer, washable Chinos are the middle ground between casual and formal. They were originally developed using Chinese fabric by the Spanish army, hence the word ‘Chino’, meaning ‘Chinese’. A bespoke pair of Chinos can be your most versatile office and casual garment; pair them with a crisp, white formal shirt for a more business-like look around the office, or with a popover shirt for more relaxed workwear.

The Safari Jacket is making a bit of a comeback, and it is perfect for Spring and Summer trips to the office. The Safari Jacket had seen some famous aficionados in the past, not least rugged adventurer Ernest Hemingway and Roger Moore’s James Bond. Cool and comfortable, cotton makes hot days easier in the city, and the shirt style collar can be open for comfort. Plus you’ll easily fit your Hemingway paperback in the roomy pockets to whip out and impress commuters on the train. 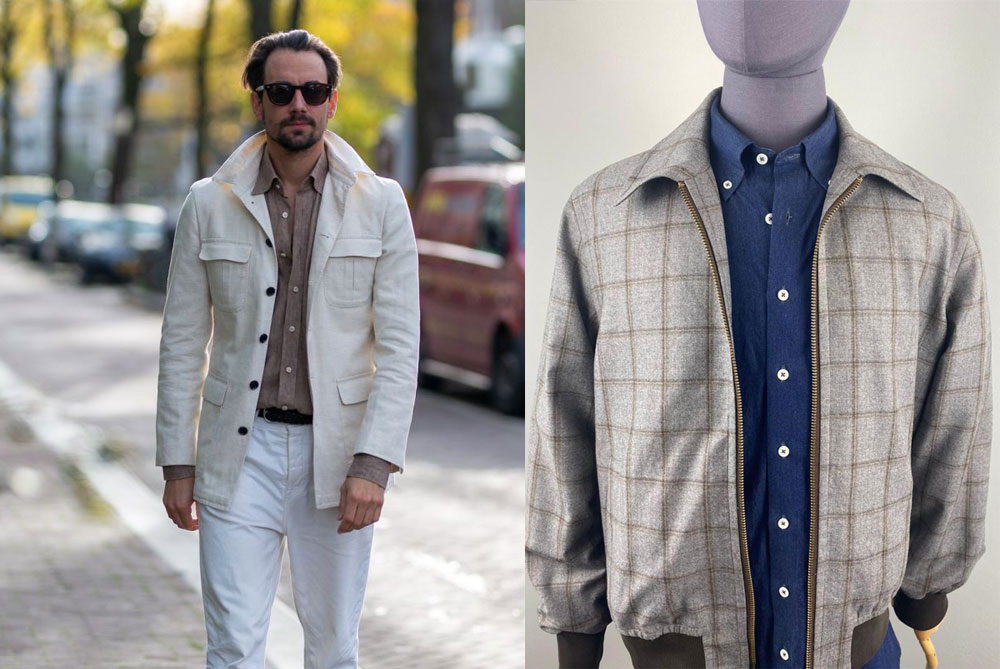 Another bespoke jacket you might consider for spring is the classic Bomber jacket. Transitioning to civilian life in the 1950s from their origins as flight jackets in the US Airforce, the Bomber jacket has been the ‘go-to’ jacket for every occasion. Sure, you can wear trainers and a T-Shirt with you Bomber jacket, but they look just as good with leather shoes, a collared shirt and a knitted tie. We’ve got an endless choice of fabric to choose from for your Bomber jacket, so you can be sure that the right Bomber jacket for you is waiting to be found.

As with a suit, buying off the peg often means buying clothes that were made for ‘Mr Average’, so off the peg clothing fits very few of us. The new Norton and Townsend range of made-to-measure casual wear will see you looking your best, even when you’re at your most casual!